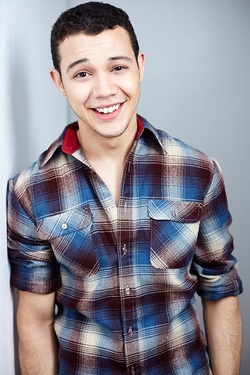 Drawing inspiration from his morning coffee and NPR Politics podcast, Tony is an actor, comedy writer, and the occasional stage director. This presidential campaign has been a renaissance (to put it nicely); it’s brought life to theatre, theatre to politics, and politics to life. Tony has never been more engaged in the political scene, and is absolutely thrilled to be making his premiere with Theater in Asylum. Tony has directed the extended run of Piggy Nation the Musical! - which played in rep with The Fantasticks; was the 3 year host of Congested Cat’s Indie Works; and has even found his way to do a little stand-up at Gotham Comedy Club. Be on the lookout for Tony as Wonder in the new web series 4 and 20, and also be sure to see him in the staged reading of Alisha Espinosa’s new play Dal Segno. Much love to all the bad hombres and nasty women.

With Theater in Asylum: TIA Debates, It Can't Happen Here