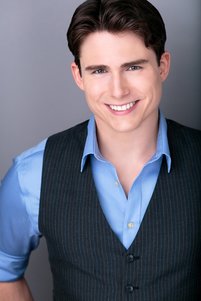 Hailing from Acworth, Georgia David is insanely grateful to be a part of this brilliant new work. He recently finished an Off-Broadway production of the new musical Rothschild & Sons  starring Robert Cuccioli at The York Theatre as well as performing at the storied 54 Below Supper Club for Musematch benefiting the Boys & Girls Clubs of America. Favorite credits include Captain Walker in The Who's Tommy and Jerry in The Full Monty at Short North Stage, Arthur in Camelot at the Arvada Center, Freddy in Gateway Playhouse's My Fair Lady, Joseph in Joseph and the Amazing Technicolor Dreamcoat at the Arvada Center, and Danny in Grease at The Olney Theatre Center. Tons of thanks to the amazing creative team for creating this beautiful piece, the cast and crew for being the most awesome and his parents for their unfailing love and support. For D.R.B.
​
With Theater in Asylum: The Brontës