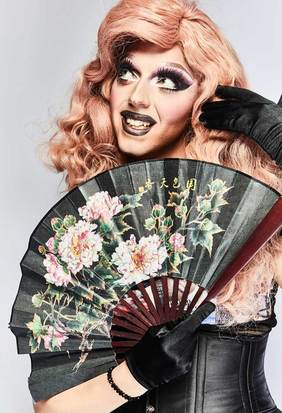 Madame Vivien V is excited to be back in the theatre in another work by Alice Pencavel. Last summer she made her New York City theatre debut in Pie Shop Play directed by Sivan Battat. Madame Vivien V is the larger than life goddess of New York City nightlife best known as the Resident Drag Queen of House of Yes. She produces and emcees events across the city as well as producing and headlining at national festivals including 2018’s Bonnaroo and Electric Forest. An award winning fire performer and alumni of the prestigious Commercial Theatre Institute; she’s appeared in Time Out New York, VOGUE.com, and the critically acclaimed web series “So SOHA”. She’s featured in Planned Parenthood’s current cross-platform campaign, and is the only drag queen in history to have performed at New York City Hall.
​
With Theater in Asylum: Totally Wholesome Foods