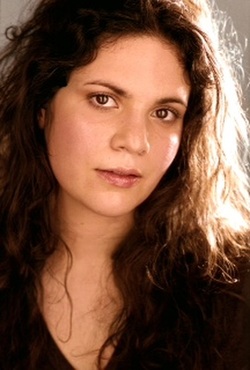 Sofia Lund was born in Ohio and raised in Puerto Rico. There she
trained as a flamenco dancer with Miss Milagros Vicente and was a member and  performer at La Casa de Espana. She studied drama and art history at NYU-Tisch School of the Arts. Since then, she  has traveled across the United States, acting in small independent films, and has also completed further drama studies, at the Lee Strasberg Film and Television Institute in Manhattan, and at the Atlantic Acting School in Los Angeles, CA. She recently worked with Polish artist Izabella Gustowska in a film project about the American artist Edward Hopper, which will be screened in museums this coming winter in New York City. Currently, she lives in Los Angeles, CA, and is acting in film and television.
With THEATER IN ASYLUM: ¡Olé! on Tour, ¡Olé!