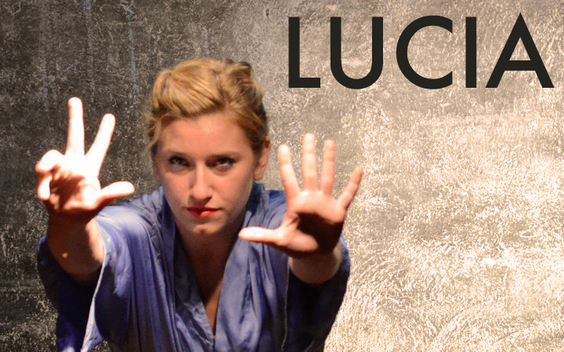 LUCIA relays fragments of the tragic life and times of Lucia Anne Joyce.
Living in the wake of her infamous father, James Joyce,
Lucia defined and redefined herself against those around her.

LUCIA was first performed as part of five IN ASYLUM at Jimmy's 43 in June, 2011.

The next incarnation came at Pipeline Theatre Company's Brave New Works in September, 2011
(with John Graham as the Doctor).