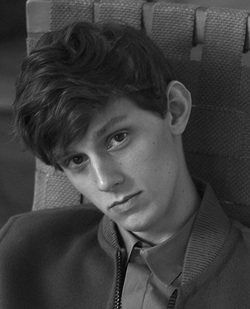 Blake Sugarman is a multidisciplinary artist based in Brooklyn. He finds expression as an actor, musician, poet, and activist but is best known for his unusual solo performances which have been described as “spoken word and installation art in a theatrical duet.” Blake was recently selected to be a resident artist at The Brick in Williamsburg where he performed his latest solo piece, Scream of the Butterfly, in August. As an actor, Blake has performed with Theatre in Asylum, The Medicine Show, FringeNYC, and NYU’s Tisch School of the Arts. BFA: New York University. blakesugarman.com

With Theater in Asylum: TIA Debates